Are Self-Driving Cars Making Us Take the Backseat?

There has been a lot of debate about self-driving cars over the last few years, and for good reason. These cars are expected to bring not only a big revolution for the society but for the automotive industry as well. It appears that almost everyone is getting a hang of them. From Apple self-driving cars to driverless car apps from Uber and Lyft, autonomous cars are expected to become staples in the industry within a few years. So, are they making us take the backseat? Let’s find out.

What are Self-Driving Cars?

Self-driving cars take ADAS safety functions to the next level by completely eliminating the need for a driver. These functions include pre-collision warnings, automatic braking, and steering assistance. These cars rely on actuators, sensors, machine learning systems, powerful processors, and complex algorithms to execute software and maneuver the vehicle. Predictive modeling, object recognition, algorithms to avoid obstacles, and hard-coded rules help the vehicle in navigating obstacles while following traffic rules.

There are different levels of autonomy provided in these vehicles:

0 Level: Automated system has no control over the car, but can send prompts of hazards to the driver

1 Level: Both the automated system and the driver have control over the vehicle

2 Level: Automation takes complete control over the vehicle, however, driver intervention is required at times of potential hazards

4 Level: Automation takes full control over the vehicle; however, it is limited to controlled and geo-fenced areas

5 Level: No driver intervention is needed in the car’s operation

What’s Bringing So Much Interest in Self-Driving Cars?

There are so many obvious benefits of self-driving cars, such as reduced traffic collisions, fatalities, and congestions. Besides these, several other benefits come with car automation. Some of them have been listed below:

Driverless cars are expected to stir multiple industries across the globe. Some self-driving car applications are possible in the following industries:

The Future of Self-Driving Cars

In the near future, self-drive cars are expected to solve different sorts of problems, such as traffic collisions and traffic delays caused due to driver error. However, that doesn’t stop there, as they will bring many new applications in different industries. There’s yet to learn much more about self-driving cars and what changes they are expected to bring to the automotive industry. That is why we’ve put together useful information here that can make you aware of what self-driving cars are and what benefits they can provide.

While the image of a car driving around town without a driver seems to be a downright terrifying thought for many, let’s keep in mind that the world has already numerous automated systems that have made our lives safer, easier, and more convenient. For instance, when you get on a flight, the majority of the plane’s system is operated by its autopilot system, allowing the pilots to focus on other crucial activities like system monitoring, communication, and navigation.

Therefore, it’s possible to look at driverless cars as another automated system that can provide all sorts of assistance, many of which are still not known. 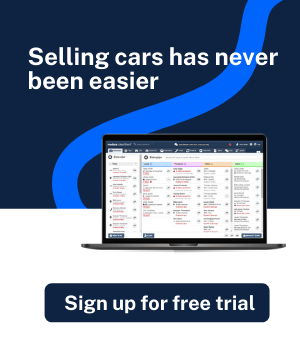